Ponies of the Moment
[No synopsis available.]

Zound Off
Rainbow Dash is worried she’ll miss out when she can’t she get access to a fun new sound-making app on her tablet.

Unboxing Day
Fluttershy tries to make an unboxing video while dealing with a very stubborn box.

After a one-week break, we're back at it at 11 AM Eastern today! Get on Discord and get in #ponyday if you want to watch it live with ponygoons.

Today's set of episodes makes me wonder if (and for how long) Hasbro had been wishing FiM could do online stories, like they gave all their pent-up ideas to Boulder Media since Pony Life's Equestria represented a chance to finally run them. I find myself in a strange place, both laughing way too much at the jokes (particularly Twilight Sparkle's "TWI Talk" and Fluttershy's comment about videos doing better in five minutes, in a series where the episodes are five minutes long) while also heavily sympathizing with Applejack's exasperation through the whole situation. I suppose it's just a reflection of how much our means of socializing changed in the past decade.

I find myself almost hoping for a story where the Mane Six have to deal with trolls, particularly since Equestria is still fantastic enough that the show could have literal trolls banging on the door to Sugarcube Corner because they got upset about something one of them posted. Maybe that's too negative for the tone Hasbro wants with Pony Life, though.

Rarity is now an Alicorn too. 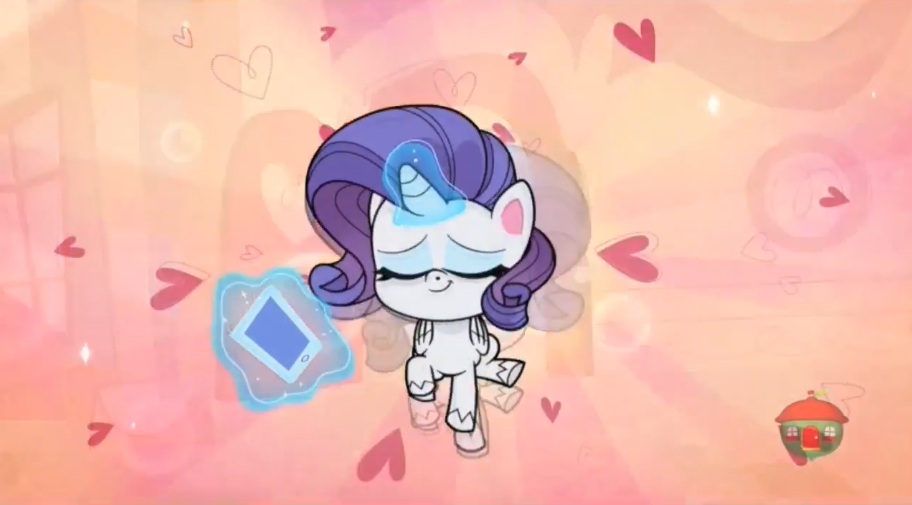 It occurred to me a little bit ago that the "Unboxing Day" title might go over a bit better in most of the rest of the anglosphere. To me, an American, it at first mostly just sounded like a literal description of the events of that episode. To others it might come off first as referencing Boxing Day in name and possibly in commercialism.

I also saw this just now. It was one thing watching the episode, but it's absolutely surreal seeing it as a clip on social media.

Both stories in the first episode were pretty weak, honestly. The first one didn't feel cohesive as all: in particular, Rarity not helping with the cupcakes ended up being completely irrelevant to the story. Rarity wasn't even the one who put the video online. The second story was better, but still wasn't great.

It did have ponified memes, though.

Also, the most blatant alicornized unicorn yet.

Second episode was better, though the first story was just alright. The ending with Rainbow realizing she's a soundboard herself didn't really work for me. However, I enjoyed the second story a lot.

Fluttershy not knowing how to open a box doesn't really... make sense, but it's cute and dumb, and I like it. Subscribes.

Overall, the weakest set of episodes in a while, but the second half was fun enough.
Top

All of those episodes were bad because none of each character's personality had any significant impact on the stories.
Practically you could exchange Fluttershy from the unboxing episode with any other and it would be literally the same thing.
All of the characters were as hollow as an empty cardboard box.

Update:
I repressed the memory until now that in that universe they have meatballs.
FiM went out of the way and introduced hay/vegetarian variants of all the dishes and ignored all explanations why livestock is held on the farms (pigs, cows, sheep).
It surprised me.
"The knack of flying is learning how to throw yourself at the ground and miss." - Douglas Adams
Top
Post Reply
6 posts • Page 1 of 1