Potion Mystery
A mysterious stranger has been refilling the potion fridge in Sugarcube Corner and Twilight Sparkle won't rest until she finds out their true identity.

Sick Day
When Pinkie Pie takes a sick day, her friends learn that running Sugarcube Corner is a little more difficult than it looks.

It's that time again, folks! Time to start what looks like a new weeks-long story and time to finally meet what looks to be DongStrongly's favorite new character. That time, of course, is 11 AM Eastern, so get on Discord and drop by #ponyday to watch it live with us.

Hopefully I won’t forget to watch it live this week.
Top

Wasn't "Potion Nova" the one pony toys revealed in the Pony Life lineup a while back?

I predict that for some reason the potions have gone bad and in the first episode here they try to find the source of the potions,
then in the next some ponies are sick because of the potions,
then they find the culprit (Potion Nova),
and then everything is forgotten and is now part of the main cast and they are having a wacky shark-jumping time at the beach.
"The knack of flying is learning how to throw yourself at the ground and miss." - Douglas Adams
Top

You're right about that, but no fair guessing on other stuff when half the episodes have already aired!

Today's batch of episodes demonstrates well how FiM's episode structure just doesn't work quite the same in this short format. Pony Surfin' Safari felt much more like the old style to me (I suppose Apple Family Reunion is the closest comparison), whereas the other three felt better by only telling simpler stories that don't involve trying to gaze into the background and motivations of any of the Mane Six.

I wonder if Potion Nova was created by Hasbro first and Boulder Media was asked to work her into the show, or if she got made in the show's development first. Her introduction feels far wackier than I'd expect, but maybe that's a result of the crew getting comfortable enough with Pony Life's tone by now to start gently mocking it. Twilight Sparkle pointing out the same felt a bit more on-the-nose, though, especially if it was meant as a nod to FiM.

I caught the credits and saw that Potion Nova was played by Chanelle Peloso, a new name for any MLP media, but she has a decently sized IMDB page already. https://www.imdb.com/name/nm4306222/

I watch it long after it has aired because... of... access... inconveniences.
I have no idea what was aired today until I can get my hands on it.
"The knack of flying is learning how to throw yourself at the ground and miss." - Douglas Adams
Top

"What happened to us!? We used to go on adventures, fight evil, regal each other with lore!"

"Lately it does seem like we get into less adventure and more comedic situations."

Okay that made me laugh

Potion Nova refers to herself as a unicorn, but was animated with wings several times...


Including flying with Dash in one short with wings, and without wings the next shot. 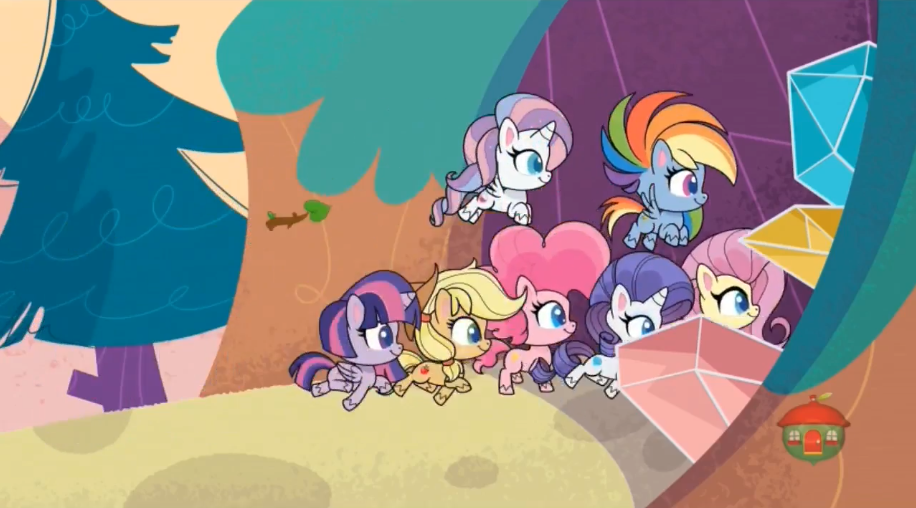 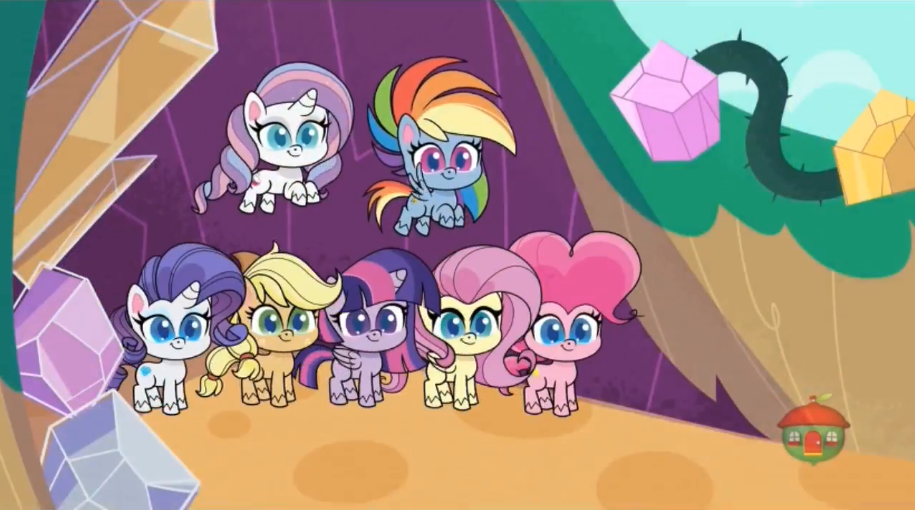 Usually I'd say that's just an animation error, particularly since Pony Life has had lots of accidental shots of giving characters wings, but to have Potion Nova actually flying makes me wonder if Hasbro developed her as an alicorn but told Boulder Media to change her at the last minute.

This was a pretty fun set of stories.

First of all, freaking Sonic reference.


Twilight also gets shiny, but unlike my Rarity fanfic, it doesn't make everyone start hitting on her.

It's interesting to see Potion Nova be portrayed like a fae in this first story, given that they don't push those qualities as much in the last two stories. I liked the visuals used for her here.

With the second episode, I mentioned how appropriate the reaction to Dash being sick in a previous episode was, but wow, this is even more appropriate. And to think this was almost definitely written last year.


It was pretty fun. And wow, that ending.


That "blah" from Tabitha is hilarious.

Third story, that's quite some lampshading.

I was a bit disappointed Potion Nova isn't played up in a more mystical way, but she's charming enough.


I was surprised to see them stay on the beach for the next story. Pony Life is getting beach stories while FiM didn't. I like the beach house designs, so I hope we're here for a while longer.

Probably unintentional Fyre Festival reference; though it's fitting enough that I could see it being intentional.


I can relate to Applejack trying to get everyone to stop having fun and just gather in a group for a fun group event.

It is a bit odd that the Potion Ocean itself doesn't seem to be particularly magical, but I liked the part with the Cutie Triangle. Also, we see the fate of Bubbles the cat!


As you can tell, there were a lot of moments I had to find or make clips of. These stories were good.


Fizzbuzz wrote: ↑
Sun Aug 02, 2020 7:12 pm
Usually I'd say that's just an animation error, particularly since Pony Life has had lots of accidental shots of giving characters wings, but to have Potion Nova actually flying makes me wonder if Hasbro developed her as an alicorn but told Boulder Media to change her at the last minute.

Potion Nova is later shown flying with her magic, so I assume that was the intention there.
Top
Post Reply
9 posts • Page 1 of 1