Pinkie Pie has a new hobby that she absolutely loves - playing the Zenithrash Yovidaphone. But when her friends discourage her from playing due to her lack of skill, it causes a series of events leading to Pinkie Pie possibly leaving Ponyville forever!

This thread is for discussion of the episode. This episode airs at 2:00pm Eastern / 11:00am Pacific on Friday, July 20 as part of the Discovery Family Summer Surprise series!

Official preview clips and images are okay to post, as is speculation about the episode.

Whaaaaa? The hiatus is over already?

Sort of. Weekly Saturday eps are back on August 4.

Wow. It's like DF forgot what a garbage time slot S1 had.

Your MRI results have shown total infection to now be approximately one fifth of the full mass of the tissue.

Your brain is about 20% tumor.

There was a link here, it's dead now and I'm sad.
Top

So, we're all in agreement that this will be known as the worst episode ever if Yakity Sax isn't in it, right?
Top

Maybe Pinkie can trade hands with the Robot Devil or something.

It'll probably be Will Anderson's soundalike

Somehow I was picturing a theremin but even more complicated and wacky-looking.

This is probably what it's gonna be, but it immediately made me think of a Zither:

*climbs out of a well* There was a hiatus?
Top

Great, I have an appointment so I'll miss this.
Top

It's called a Yovidophone, apparently. Maybe the name Zenithrash got nixed because of potential legal issues.

Man you look around the town and there's so many ponies accumulated throughout the lifetime of the show.

I really liked this ep. One of the better ones of the season so far.

It was cute. I liked the "Horse Play" callbacks.

How bout how good it feels to finally forgive you

Yak episode did not have Yona in it.


It was actually a fun, cute episode. And Rarity is such a good colonial.

I didn't like it so much but it had the ice cream scene and the "Apple-solutely" line. 9 out of 10.
Top

“Oh no! A flugelhorn’s in labor somewhere!”
•

“Oh no! Someone’s attacking a Don’t Starve character!”
• The credits still can’t deal with Spike’s wingedness.
• You can’t blame Pinkie, she gets 5 stars in Yovidaphone Hero and figured the skills carried over.
• Situations like these are when you need Starlight to walk in and say, “PINKIE! Shut. The fuck. Up.”
•

“Oh no! Somepony’s using the Weirding Way on a moose!”
• Pinkie’s so awful the apples committed suicide. They were the lucky ones.
• Fruit-Blastin’ Melodies!

Part of this complete breakfast!
•

“Remember how well it worked out when you weren’t Amish with Celestia?”
• Ha, Fluttershy just nopes out of telling Pinkie.
• Weep all you like, Pinkie! My mind isn’t changing. You suck.
• Ha, wilting flowers is a good gag.

• As is Dash ragdolling Pinkie!
• Was waiting for a Pie relative to show up.

• She’s gone to Yakyakistan to become a monk! Head shaved, spends the day in meditation and stickfighting practice.
• They love her terrible playing! It’s the yak version of The Shaggs!
• We didn’t get a yovidaphone version of the closing theme, 0/10.

But...
This one's too young
Top

This is why nopony likes yaks.

I appreciate stomping applause making an appearance for the first time in, like, four seasons.
Top

On the plus side, I bet the parasprites are keeping faaaaaar away.

Well, here's another episode that hit close to home for me. I think of the art I've drawn and how, when I first started doing it a few years ago, I was so excited about doing it even though I wasn't especially good back then. The difference between me and Pinkie Pie here is that I was the one who told myself over time that I wasn't good and should give up for the sake of everyone else who surely hated what I made. Otherwise, I know how it feels to be miserable as Pinkie was. Maybe eventually the part of me that said I should stop will come around like the other five did here? I'd do well to remember that. But enough about me...

Something I enjoy is how the yaks are being made out as a people that greatly value individual passion and soul. Maybe I'm reaching here, but I'm reminded of the lesson of Party Pooped, where the yaks were far happier getting to experience the ways of ponies than they were even with (near-)perfect reproductions of Yakyakistani culture. It takes a fine touch to distinguish between passion and mindless barbarianism, and we saw the latter with the yaks trying to recover from the avalanche in Not Asking for Trouble (still one of the show's weak eps IMO), but this fell squarely in the former category.


SlateSlabrock wrote: ↑
Sat Jul 21, 2018 12:59 pm
I appreciate stomping applause making an appearance for the first time in, like, four seasons.

Considering how much yaks like stomping things, it feels incredibly natural for them.

I hope nobody minds some girl who never posts showing up and necroing a two-year-old thread, because I had stopped watching the show in the middle of season 8, and now I'm finally going back and watching what I missed, and for once I have Some Thoughts about an episode.

There was a lot I liked in this episode. It did Depressed Pinkamena

without just retreading old ground with that. The ponies directly referenced an earlier episode in the season to avoid making the same mistake they did in that one. The gags with apples getting squashed and flowers wilting were actually pretty funny. Angel Bunny tying his own ears together to block out the noise was cute. 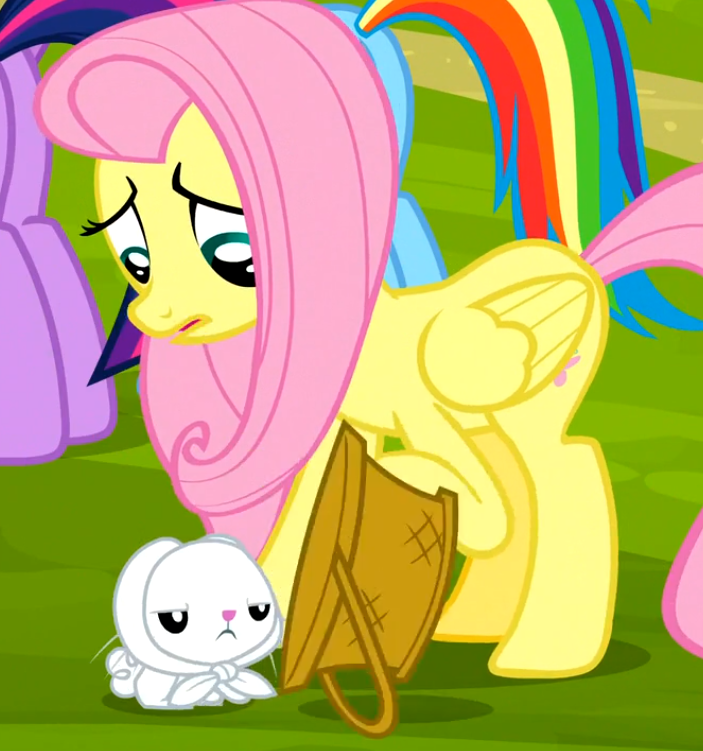 I had just one major issue with it: The lesson should've been "It's not healthy to base all your happiness on one thing." Because it seemed to me that that was Pinkie's real problem here. I think I would've just done the ending a little differently: As Pinkie starts to play the yovidaphone again, she realizes

Huh, this doesn't actually give me the deep fulfillment I though it would. What's wrong? Oh. Maybe I've been a bit too obsessed with this musical instrument. My friends were right, those other things I like to do are worth living for too; I was just too depressed over this to see it. Silly me. ... I still want to play the yovidaphone though. And (to avoid the implication that you shouldn't do something you like just because you're not super-awesome at it) the yaks and ponies would encourage her to play it sometimes after all, just not, y'know, when it's going to wake Fluttershy's poor animals up in the middle of the night or anything like that.

If the episode had gone that direction, it might've been up there with the classic Party of One for me. As it is, it was cute and fun but not really very memorable.
Top

Really now, it was downright painfully stupid that nopony thought to discuss the idea of Pinkie Pie playing where it won't bother anyone, rather than demand that she give up altogether (even if you're a master musician, keeping people awake all night is kind of rude).

And the yaks applauding her kind of undermined the message of doing what you love even if you're not-so-good at it. It's true that they were reacting to the fact that she was enjoying herself as opposed to the actual "music" she was making, but that message is supposed to be about not caring too much about what others would think.

On the plus side, it was interesting what they did with the yovidaphone music from the professional musician - it sounded not much like any real-world instrument, but still like something that could plausibly be perceived as enjoyable music.
Top
Post Reply
28 posts • Page 1 of 1