I had a number of reactions to this story, but here's something to consider: Ostensibly, the job was to visit some middle-of-nowhere American town and try to get a feel for why these people elected a complete monster for President, yes? And while we don't know what he actually learned there, we do know that he didn't feel comfortable repeating it. I can't help but be reminded of that article the New York Times ran last year, where they profiled "the Nazi next door" and got pilloried for painting him as well-mannered—their intent, they claimed, was to point out that you never know if one might be living among you, but to a lot of people it instead came across as saying "Hey, these people aren't so bad, really." That came out several months after Relotius's article did, so it's not like this was weighing on Relotius's mind specifically. And of course there's a big difference between a town full of people who voted a certain way and a literal Nazi, although you try telling that to some people...

At any rate, the real tragedy here is that we'll never know what he might have written if he'd been committed to sticking to the facts. It's quite possible he learned nothing of value, and that was part of what drove him to chuck it in the bin and invent his own story. Or maybe there really is a fascinating story we'll never get to see now; even if they tried to send another reporter there or even to a completely different town, their reputation precedes them and people are likely to be standoffish or even confrontational.

The other thing on my mind right now is that, yeah, the attitudes responsible for this act of anti-journalism are just as prevalent in certain parts of the US, if not moreso since they actually have to live with the aftermath of Trump's victory. I occasionally see retweets from such people, where they basically say "It doesn't matter what drove red-staters to vote for him; the fact that they did fully justifies us continuing to treat them like garbage." Words like "obsolete" and "submentals" have been thrown around. And of course there's no point arguing with them, because for all they know you're just another Nazi or a Russian bot or whatever. And these, too, are decent people most of the time and also better at choosing their words when you give them time to cool down and more than 280 characters to work with.
Top

The thing that further contextualizes Relotius is that he also collected donations for supposed refugee kids he wrote about (most of whom never even existed) to put into his own wallet. I appreciate that Der Spiegel also takes responsibility for pushing too hard and too fast for exciting big stories instead of doing their due diligence, but playing your fake story so hard you troll for some extra cash goes beyond that for me; nothing obligated him to ask for donations for these kids, yet he did anyway. Maybe he did it to look like a lovely benefactor who truly cares about the people, but it's an extra level of scummy. Dude didn't just lie repeatedly (remember, this guy was a serial faker) and enjoy laurels for it, he also used it as an extra income source. It's hard to believe at that point that he truly had a scary story to tell that he was not comfortable writing about or that Der Spiegel was not comfortable running.

I'm still gonna translate that interview when I find some free time, it's a good followup to the original rebuttal piece. Der Spiegel also did a real followup article about Fergus Falls to the Relotius one as a sort of "do-over". If that's not avaible in English, I'll translate it too.

PS: Can you link the article you mentioned?

Jeezuz, how has Relotius not been fired yet? It's one thing to exaggerate your story to score points, but outright committing fraud? That's just bad journalism that, in other places, can get you sacked.

Mr. Big wrote: ↑
Mon Dec 31, 2018 10:59 pm
Jeezuz, how has Relotius not been fired yet? It's one thing to exaggerate your story to score points, but outright committing fraud? That's just bad journalism that, in other places, can get you sacked.

When the story broke originally about his track record of fakery, he immediately fessed up and stepped back entirely from his job. He didn't bother fighting it as far as was reported, so no firing necessary.

Ah, I didn't realize he resigned. My bad.

Perrydotto wrote: ↑
Mon Dec 31, 2018 10:52 pm
The thing that further contextualizes Relotius is that he also collected donations for supposed refugee kids he wrote about (most of whom never even existed) to put into his own wallet.

Holy shit. Never mind getting fired; how is he not in jail for that? Was that the same article, or a different one?


PS: Can you link the article you mentioned?

Oh, I thought it had already made the rounds. Here it is.
Top

I found some English-language articles about the current kerfuffle with Der Speigel, if anyone wants to check it out. Here's one from Deadline, where they report that two editors have been suspended.

There's also a English Wikipedia article about Relotius, which has some details about the scandal. Yeah I know, Wiki, but there are citations.

A Houston Chronicle investigation reveals that the Southern Baptists sexually abused over 700 victims in the past 20 years. Roughly 220 church leaders and volunteers have been convicted.

Other leaders have acknowledged that Baptist churches are troubled by predators but that they could not interfere in local church affairs. Even so, the SBC has ended its affiliation with at least four churches in the past 10 years for affirming or endorsing homosexual behavior. The SBC governing documents ban gay or female pastors, but they do not outlaw convicted sex offenders from working in churches.

This is a tough read. In Britain, Feminism has strong ties with TERFs, and this article examines how it came to be.

Article about how fucked up and traumatizing it is to moderate Facebook. Not an easy read, needless to say, but about an issue that's largely not discussed.

Part of the Notre Dame Cathedral is on fire and collapsed.

Paris Police say they spotted this suspect fleeing the scene: 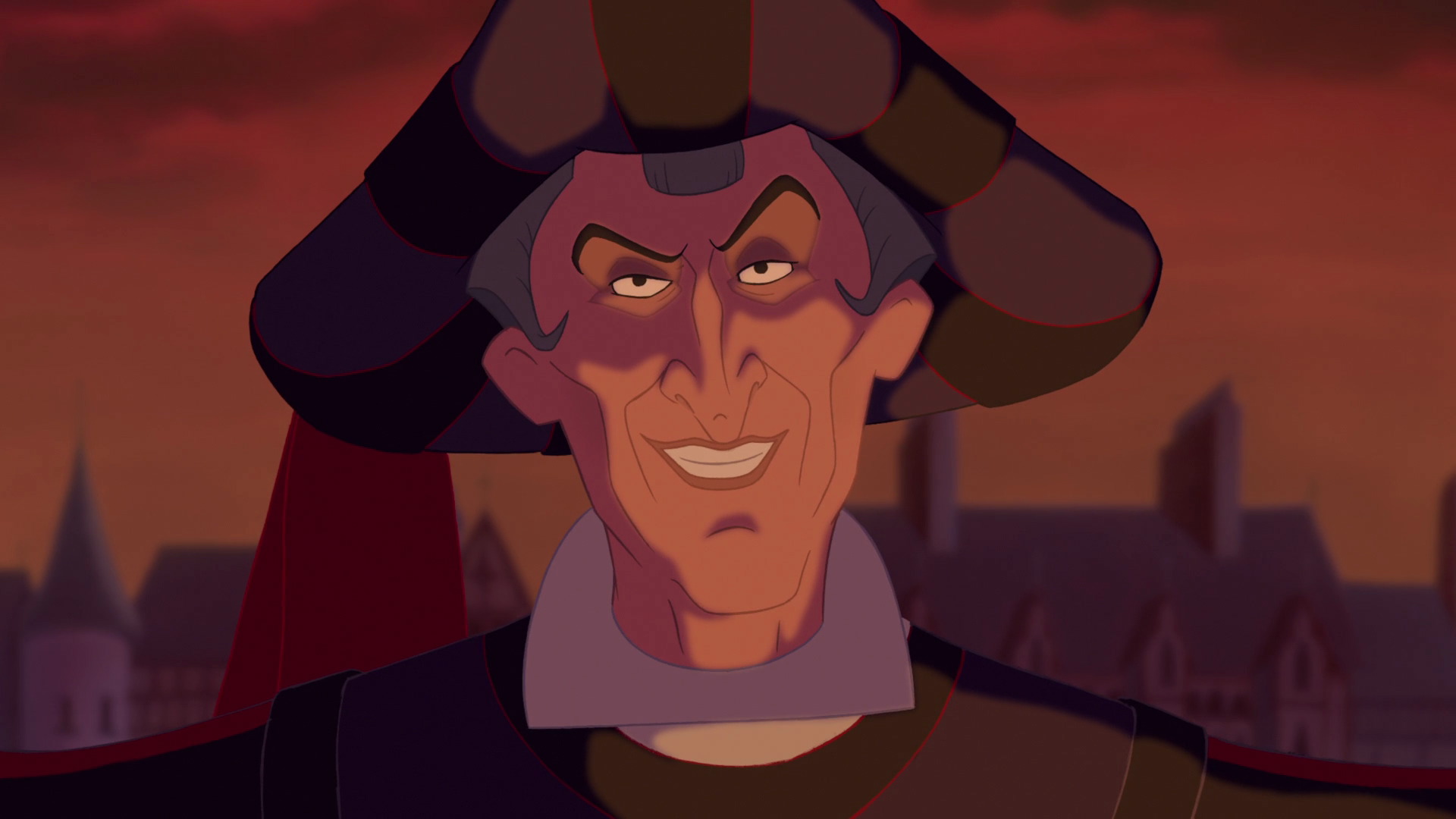 Of course our idiot president had to chime in on how to fight the fires with "perhaps flying water tankers" (which could both harm fire fighters and destroy the structure itself) because he's the human embodiment of the Dunning-Kruger effect.

Chelsea Manning refuses to testify on Wikileaks. Facing big fines and prison time, she said "The government cannot build a prison bad enough, cannot create a system worse than the idea that I would ever change my principles"

Well here's a hell of a revelation.
If we get 5G wireless, we might not be able to predict hurricane paths anymore.


What if, suddenly, decades of progress in weather prediction was reversed and monster storms that we currently see coming for days were no longer foreseeable? The toll on life, property and the economy would be enormous. Yet the government’s science agencies say such a loss in forecast accuracy could happen if the Federal Communications Commission and the U.S. wireless industry get their way.

Both the FCC and the wireless industry are racing to deploy 5G technology, which will deliver information at speeds 100 times faster than today’s mobile networks. But scientists have found this technology could interfere with critical satellite data used in weather forecasting, pitting the interests of science and safety against a pressing national priority.

There may be literal blood on Ajit Pai's hands soon.
Top

Here's some good news for a change; it's likely to get buried under everything else that's happening right now, so I wanted to be sure people are aware of it: The Ninth Circuit court ruled that the NSA's huge surveillance program that was exposed in 2013 was illegal.

I'm sure nothing worthwhile will ever come of it, but it is now on the record.
Top

I'm baffled by the big push for 5G because it sounds like it will only work and be worthwhile if you live in a really big, dense city like NYC, when you're standing directly beneath a cell tower, and basically nowhere else.
Top

I don't understand why people think they need internet that fast on a device with a tiny screen and no multitasking.
Top

SlateSlabrock wrote: ↑
Fri Sep 04, 2020 2:53 pm
I'm baffled by the big push for 5G because it sounds like it will only work and be worthwhile if you live in a really big, dense city like NYC, when you're standing directly beneath a cell tower, and basically nowhere else.

Well there's two flavors of 5G. What you're describing is mm-wave radio, and yes that's what it's good for. Even then it's not perfect - your body can totally block the signal. 5G also improves the longer-wave radio that 4G LTE uses.

Giving one person 1 gigabit on their phone is cool, but the real point is to handle more people with less radio hardware, which is enabled by being able to handle more connections per tower, and the higher bandwidth making sure each of the more users gets enough speed for it to be useful.

Faster speeds and shorter-range towers can also help power consumption, too. When a tower is close, you need less transmit power to communicate with it. You can see this in practice if you compare the battery life of your phone when the signal is full bars vs. when it is barely hanging on at 1 bar. Faster speeds as well - you can use less energy overall communicating for a shorter time at higher speeds than a longer time at lower speeds. You see this strategy all over modern battery-powered electronics.

There is no guarantee that the wizard selling you that bag full of magic sand is wearing pants underneath his robes.
Top
Post Reply
180 posts