I played more of DELTARUNE™ and it's okay I guess

They're making a Ralsei plush! I hope it's ready for Christmas, because that's going straight onto my wishlist.
Top

Considering how quickly Fangamer pumped this out, I can't help but wonder just how much they wanted Toby Fox to make another game.

I have finished Toby Fox's DELTARUNE™ and it was p good


I liked the tone of writing more than the original game, even tho I was worried at first that it was gonna get too edgy with all the swearing and such but it actually helped the tone of the game if anything

All the quality of life improvements are very welcome like the much nicer UI, battles and sprites and everything. I also found the party system to be v nice and provide a lot more variety in the game, however I do feel like partially because of how many tools you have at your disposal the game is a bit too easy

I was expecting the plot to go somewhere. It didn't. Vague hints at something being wrong with Israel Ralsei but no big SHOCKING REVELATION which was kind of lame. There's just not much of a hook for Chapter II as it stands. The real world was also cute but honestly it made me think Toby shoulda just done a clean cut of the Undertale characters. They honestly detracted from the story, the new characters were actually interesting but seeing familiar faces in a different context just feels dull to me - it's been done, it's never been particularly amazing

I mean, there was of course one SHOCKING REVELATION in the game but it felt like a last minute, throw-it-in kind of deal where it was never meant to be there in the story and was only added to give people something to talk about

Fizzbuzz wrote: ↑
Fri Nov 09, 2018 5:16 pm
Considering how quickly Fangamer pumped this out, I can't help but wonder just how much they wanted Toby Fox to make another game.

I mean, Fangamer created the website so I would imagine Toby approached them pretty early.
Top

I want you to be like a hamster please

Fizzbuzz wrote: ↑
Fri Nov 09, 2018 5:16 pm
Considering how quickly Fangamer pumped this out, I can't help but wonder just how much they wanted Toby Fox to make another game.

Fangamer is Starmen.net, which is also Radiation's home turf, so I kinda doubt there was any pressure from them

That'd be like if I released a game and the round stable started pressuring me to make another one. 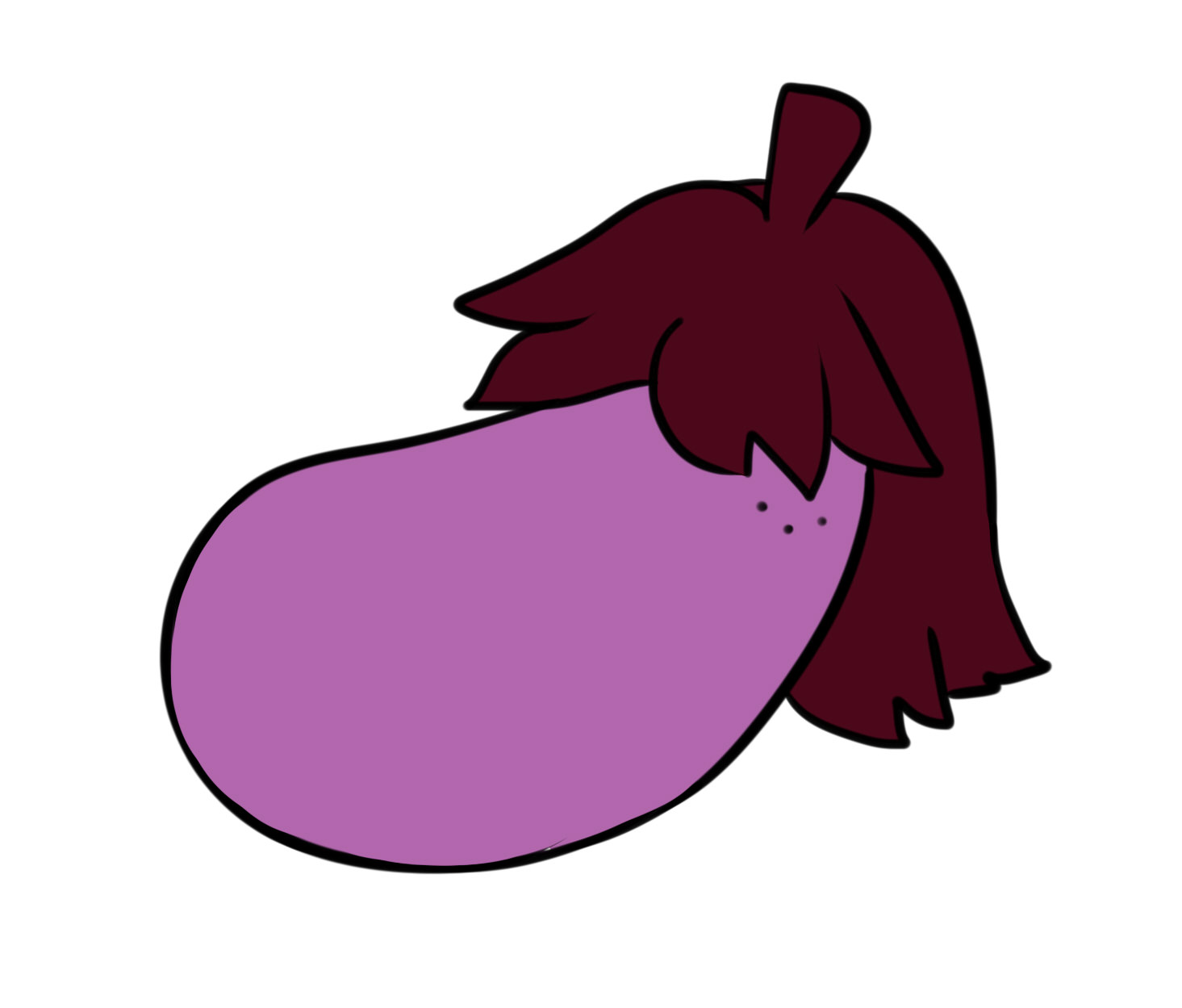 To quote Perpetual Motion who linked this on Discord earlier, it's nice to see that old memes never truly die. 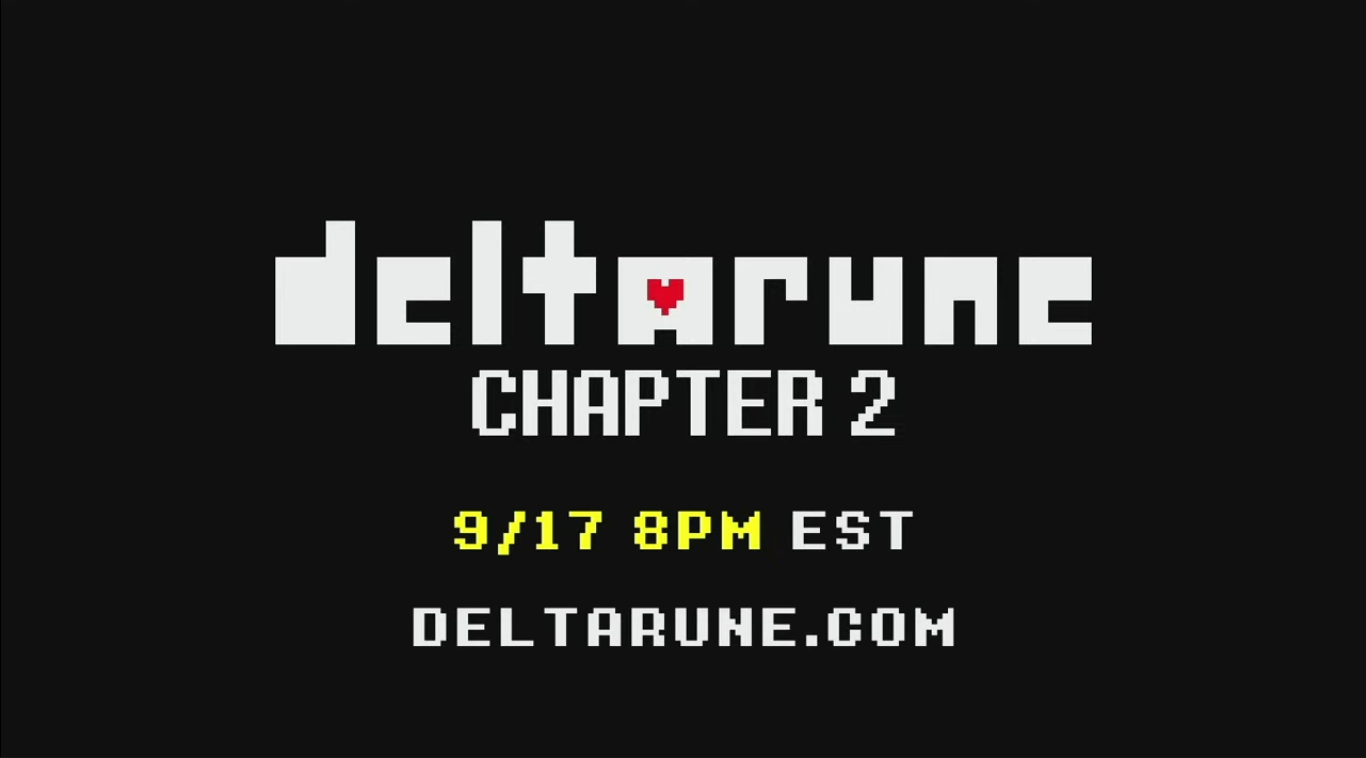 So has he just, like... given up on the plan to save the rest of it for when the whole game is done? Or charge money for it at all?
Top

At any rate, with the release only a couple hours away, I might as well share the wild-ass speculations I've had since sometime last year. I don't remember how much of this is my own and how much I derived from other comments I've seen about the game.

So it's a safe bet that Kris will be venturing back into the Dark World and out again every chapter, and that each time it will be a different part of it inhabited by different characters. But it's been suggested that we'll be accompanied by a different classmate or neighbor every time rather than bringing Susie along again. Her character arc is largely concluded, after all. Noelle is the most popular candidate, since she obviously has unresolved issues. However, if you talked to Sans on the way home last time, he asked if you'd be willing to hang out with his "little brother tomorrow". This not only confirms the long-held fan theory that Papyrus is younger than Sans but also suggests that he's still a kid in this universe, since adults don't usually use that kind of language to describe their adult siblings (and Sans didn't in Undertale). So I suspect we'll get wrangled into doing that, and Chapter 2 will be the adventures of Kris, Papyrus, and... and who? Well, that brings me to part two.

In Chapter 1, the Dark World was a Wonderland-esque dream world whose inhabitants are living versions of the guff that was lying around in the disused classroom—checkers, chess pieces, playing cards, a stuffed toy, and even dust bunnies. But one Darkner who doesn't seem to have a counterpart in that room was Ralsei. However, when you talk to Toriel, she mentions that when you were little, she bought you a headband with red horns on it so you and little Asriel would match, but you lost it. At this point I'm fuzzy on where the game, other people's headcanons, and my own imagination diverge, but somehow I got the impression that you wore that thing to school all of one day, got made fun of for it, and threw it away out of embarrassment. And what if you threw it into the storage closet? One way that Ralsei differs from the Asriel we know is that his horns are pink instead of white. What if Ralsei is the headband?

And as for those other areas of the Dark World, there's a good chance you won't be entering it through the storage closet in future. There was that big locked door at the edge of town; there's no way we won't be going through that eventually. And there are other buildings in town that might become accessible—Papyrus and Sans's house, obviously, and the big house Noelle lives in with her mom, the mayor. So will we even get to see Ralsei again? Or, perhaps, will we run into a new Asriel clone with a different anagram for a name, based off a different discarded artifact of Kris's halcyon days?
All these questions and more will be answered in Chapter 2 of DELTARUNE!
Top

According to the Steam page for the game, Chapters 1 and 2 are free, Chapters 3-5 will be paid when they're eventually released.

Still no Linux port, I see. I heard Game Maker Studio finally introduced some kind of improved support, but he might be stuck on an ancient version by this point. And I think the port of Undertale was handled by someone else.
Top

Toby Fox explained the pricing at more length here. That page is free of spoilers, unless you look really closely at the credits to catch some character names.

I had a good laugh at this, too:

This game is filled with an enormous volume of stupid garbage. Please have fun experiencing it all.

Dig through it, and you might find me sleeping at the bottom of the dumpster.

Please don't take away my pillow. I think I'd like to take a break for a while...

Well, I guess if we needed a clear sign that this forum is dead, the lack of any discussion of chapter 2 would be it. Regardless...

So it turned out I was almost exactly half right. Noelle and Berdly have joined the fray but Susie's still one of the main party members. The opening scene, with Kris rushing back and forth to bring Lancer and Co. to Ralsei's kingdom, felt a bit out of place, like it had been cut from chapter one so as not to spoil how things are going to work from then on. Sans is putting off the reunion with Papyrus, probably until either the very end or never.

No further hints on who, what, or why Ralsei is yet, though.

Something I'd forgotten to touch on was the stuff about the "Angel". People were speculating, because Ralsei's prophecy involves the heroes "banishing Angel's Heaven", and Father Alvin also mentioned "the Angel", that this was setting up for a stereotypical JRPG "vaguely western-inspired religion based around an evil god who ends up being the final boss" plot. Whether or not this is true, Alvin is now clearly up to something.

The other thing I neglected to mention was the theory that the end scene of chapter one was just a set up for Kris sneaking a piece of Toriel's pie. Chapter two wasted no time confirming that!

I don't know what direction I was expecting chapter two's dark world to take, but "Berdly Breaks the Internet" definitely wasn't it.

Noelle continues to be a precious bean.

"Kris get the banana" has already achieved meme status.

The question of who the Knight is has gotten more interesting. It might be Gaster, it might be Father Alvin, and it might even be Kris! Or it might be none of those people!

Asgore's backstory has gotten more interesting as well. We now know he's the former chief of police, who was fired by the mayor for an unknown reason. Whatever it was, it doesn't seem to have damaged his reputation with the rest of the town (save maybe Toriel), so it might have been something petty. Or at least personal—my attempt at searching for the exact text of the article led me to a Reddit thread where someone pointed out that Noelle's sister December isn't explicitly stated to be dead, and that the calendar in her room in the castle implies she's been googling "December Holiday", so maybe Dess ended up in the Dark World, became a missing persons case that Asgore couldn't solve, he got sacked because the missing person is the mayor's own daughter, and that's why Kris has been making the dark fountains.

Oh, and there's another secret boss character, and this time around he's a regular character that you interact with during the rest of the chapter. I love how Toby used the flavor text and the soundtrack to hint at his boss form (aka the robot you took the disk out of) being something Mettaton came up with and apparently posted online at one point. It's a lot less clear how and why Gaster plays into his backstory this time around, but given that both bonus bosses have given us an item that Seam is interested in collecting, it might be that he's leading us on a treasure hunt to reassemble some artifact that will give him form again. Though he's really playing the long game if so, seeing how Jevil was said to have been locked up for a long time before the Knight arrived. Then again, he might have been aware of the prophecy and known we'd come along eventually, and figured we were his best hope.
Top
Post Reply
103 posts